Issue:  The Alliance Recycling center –the biggest in northern California, was under threat of being shut down by powerful NIMBY special interest groups.  And, despite Alliance’s 23-year history of community contributions, the social stigma of recycling deterred any support from the community and those who stood to be most impacted.

A story-driven social campaign was produced to raise awareness of the value of recycling and its substantial impact to community health – in particular, high-risk communities like West Oakland. Through a series of events and, print and digital communications an awareness campaign was launched to communicate the social and environmental value of urban recyclers' work; specifically, Alliance's clients.

We let the numbers do the talking:

Waste management is one of the nation’s top priorities at the local level.  Across the country cities are adopting accelerated recycling programs and zero waste goals.  Currently, only 15% of recycled waste comes from curbside collections, 85% is collected by urban recyclers.  Yet, in communities like West Oakland where more than 10% of the population depends on recycling for its livelihood, they are shunned or criminalized by more advantaged neighbors.

Collectively the Oakland recyclers salvage over 15,000 tons of materials each year that would otherwise go to landfills. That’s the equivalent of more than 120% of the average waste generated by a population the size of West Oakland!

The corresponding annual environmental savings amounts to 15 million pounds of CO2 that is prevented from going into our environment.

Social services costs saved as a result of their entrepreneurial work were equally substantial – that is, nearly $30 million.

Results:  Perceptions were changed, and partnerships were built.  The campaign gained community support for recyclers and opened a dialogue with stakeholders that generated a paradigm shift.  Accomplishments include:

West Oakland Alliance Foundation The mission of this corporate charity was to enhance the community it served – West Oakland – by providing innovative enrichment programs to at-risk youth and to help families in need.

Issue: West Oakland’s high crime reputation greatly clouded morale, which only deepened the cycle of injury within this under-served community.  This contributed to a low participation rate in community enrichment programs designed to help at-risk families and youth.

Solution:  We sought to lead perspective change from the inside out with a story-driven identity campaign.  An annual community event – “The Spirit of West Oakland” – was launched, the purpose of which was to focus on the little-recognized, positive aspects of the community; that is, its rich history and talents and the inherent camaraderie that existed in its culture.  Event programs included exhibits that highlighted local heroes, enrichment programs for West Oakland residents, and awareness campaigns about the integral connection of two primary stressors that greatly impacted community health and education – environmental pollution and poor nutrition.  We found empowerment where no one thought to look.  The inaugural event launched with the stories of the substantial contributions of local recyclers who represented 10% of West Oakland’s population, and whose familial connections were traced to over 90% of the community – including members of local government.

Results:  The event drew the yearly participation of an unprecedented number of residents, initiated shift in community identity and morale, and generated program awareness among stakeholders – extending to the larger city limits of Oakland.  Goals were met and exceeded, including:

Issue: The Acupuncture & Integrative Medicine College (AIMC) was under threat of weakening brand perception, negative cash flow, and losing its accreditation.  Years of high turnover at the executive level caused incongruity with brand message and internal controls, as well as low morale among staff, faculty and student body.  The incoming President was tasked with the job of bringing the college from the brink of dissolution.

Solution: Two key strategies were put into effect to lift morale with immediacy and change brand-story from the inside out:  1) a story-driven rebranding campaign to effect change from the inside out;  2) implement strategy for a customer-centric brand culture and align it with systems and controls to standardize processes, which improve morale, job-performance and staff retention.

Results: Goals were met and exceeded; internal stories cultivated, validated and generated advocacy for the college’s new message.  For the first time in fourteen years the college’s profits reached double-digit levels, which was accomplished as a result of:

Intent.com is a web platform where members build community through the sharing of dreams, aspirations and collective support for the purpose of turning intentions into tangible action.

Issue:  Despite a substantial membership and following (as author, spiritual leader, and daughter of celebrated Deepak Chopra), engagement among members of Mallika Chopra’s web application was very low.  The executive team wanted to scale the project and was looking for a new infusion of investors.

Solution:  Conveying and supporting the complex process of intentionality was a task best achieved in a visual and experiential manner.  Leveraging on the content-rich texts authored by Mallika Chopra, we pulled the thread of the brand-story – which is the foundation of Intent – and integrated the story-flow in the platform’s new UX and UI design:

Results:  With the realignment of user interface and user experience to brand-story, marketability and valuation were significantly improved.  Mallika Chopra achieved her goals:

“I’d like to personally recognize your contributions and support of (my) peace initiative and work with the faith community...

Your contributions…and consultation on the project were an integral part of the success of the conference.

Our staff shortage due to the City’s fiscal challenges threatened the success of the conference.  (You) jumped in and filled in the gaps providing key direction for the project.“

“Lily is an excellent PR professional. Over the past four years she has played an essential role on PR activities for two of my businesses and has surpassed my expectations all along. She is very much a hands-on professional who is extremely passionate and loyal to every project she takes on. With Lily there is no task that can’t be done. Whether with event productions, quarter backing public hearings, public relations, issues management, stakeholder relations or spear heading philanthropic programs. She is a strong-minded, creative PR professional who stands out by virtue of her dependability and tenacity to achieve the unexpected. I always recommend her without any hesitation.”

“Lily’s insight and guidance in the Power of Your Story workshop truly helped me shift the framework for how I approach running and growing my high-performance service business. My branding message is now much more aligned with my own values and story. As a result, I find myself much more engaged with my audience, and I enjoy my work more. Clients are noticing and responding, too!”

"I have sincerely appreciated working with you, Lily. You have shown me what it means to work with a TRUE marketing professional and the value of setting up systems to follow and maintain for the brand in the long run."

“Lily has great passion, substantial knowledge and extensive network of change agents in the environmental and sustainability area. She combines this knowledge with her great skills as a marketeer.  She is able to distill the essence of what you and your endeavor are all about and can convey this to your target audiences. Add her pleasant and welcoming personality, diligence and reliability and you have an awesome resource in your portfolio. “ 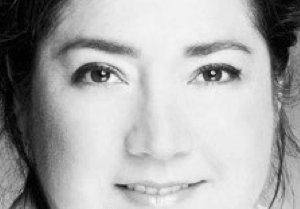